One of my recent projects is Birch, a web app to search for books. It was built primarily using React, it has a Redux-managed state, and its search functionality is powered by the Google Books API.

A major goal of mine while working on this project was to write a suite of tests for the app, taking a unit-testing approach. I made many mistakes along the way, but I learned a ton. One of the biggest practical and philosophical issues I wrestled with was how to test the functionality a React container component that is connected to a Redux state via #mapStateToProps and #mapDispatchToProps.

In particular, imagine that the component has:

(a) props that dispatch action creators thanks to #mapDispatchToProps, and

(b) prototype methods that handle calling these props.

How do you test these situations? And if you’re using Enzyme for testing, when do you use #shallow instead of #mount?

There are so many great articles out there on testing with Redux (see, for example, here, here, and here). But I often found myself wishing that I had a super simple example to stare at. I hope this post serves that purpose for others who might be in the same boat. It assumes the reader has a bare-bones familiarity with (1) Enzyme to test React components, in conjunction with the Chai assertion library, (2) redux-mock-store for testing whether actions are being passed successfully to the Redux store, and (3) Sinon for using function spies and stubs.

Also, please note that this post does not discuss other functionality that you may want to test. This post only explores (a) and (b) above and suggests one way of getting the tests to work.

The complete code for the examples below can be found here.

Let’s start with our super simple example. Imagine we have an <App> component does only two things: it displays a Loader, or it displays an Info Page. Which one is displayed depends on our state, specifically whether state.loaderRunning is true or false. To toggle between the two displays, there two links: “Click to Start Loader” or “Click to Stop Loader and See Info Page,” which change state.loaderRunning to true or false, respectively. 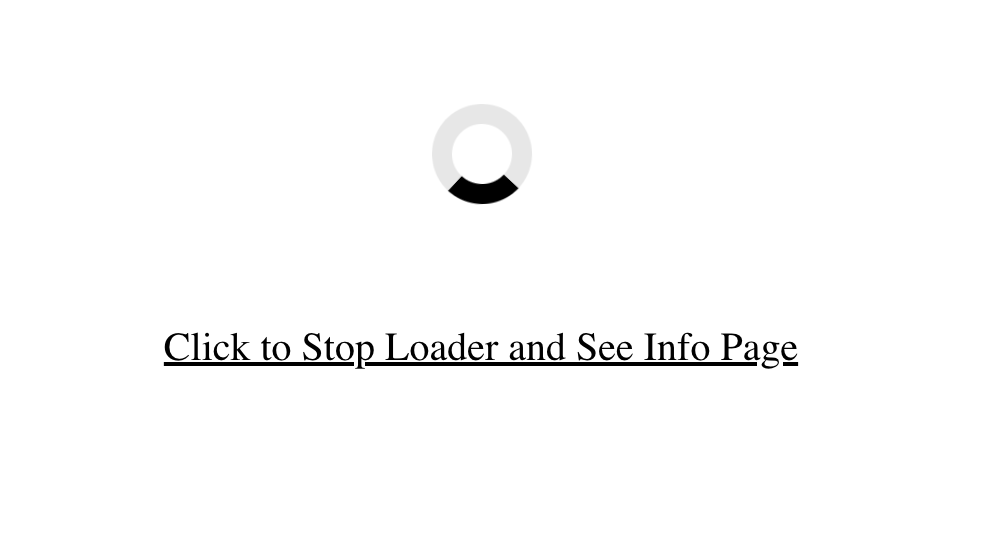 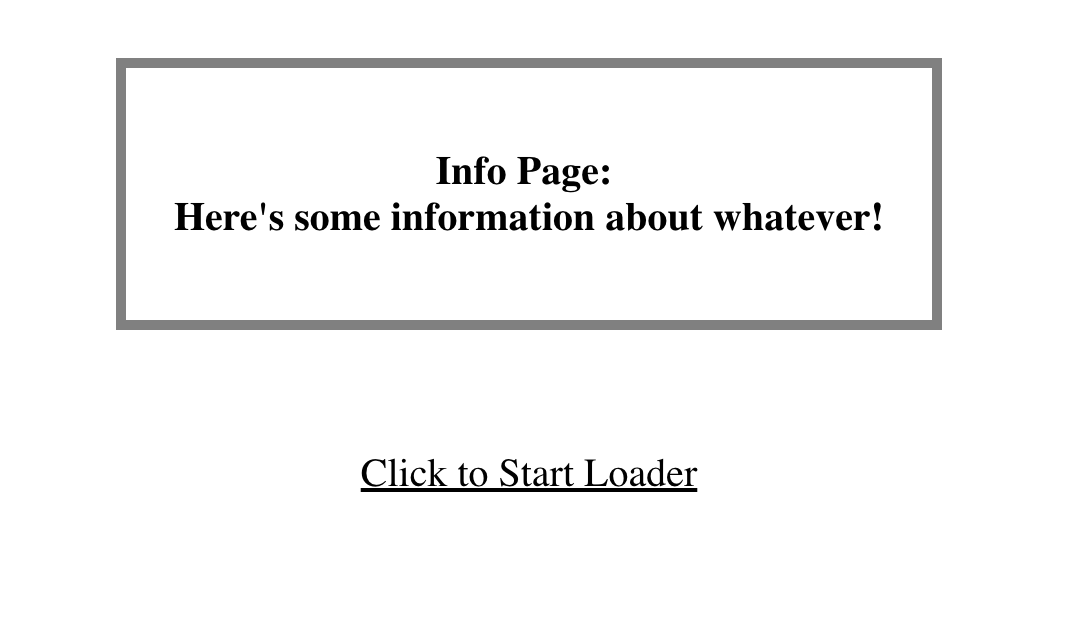 Here are our action creators, which we dispatch to the reducer to change the state:

And here’s our <App> component. Please note that we’re importing a <Loader> component and an <InfoPage> component to render along with <App>, but their code is omitted for the sake of brevity. We’ll have to use our imaginations instead.

And of course, because <App> is connected to the Redux store via #mapStateToProps and #mapDispatchToProps, <App> has to be wrapped in a Redux <Provider>. So here’s what our index.js looks like to handle this:

(On line 13 above, the second, complicated argument for #createStore, after rootReducer, allows us access to the fantastic Redux DevTools browser extension.)

Now, regarding tests for <App>, here are a few things we can think about:

If we can nail down tests for these, we have a good chunk of <App>’s functionality covered. Let’s tackle (a) first.

Here’s what I learned:

…we’ll get an error with this helpful message:

The Redux folks’ helpful discussion here explains what is going on behind the error. But to keep thing simple for now, let’s take the error message at its face and wrap <App> in a <Provider>, just as we did in index.js above. For this wrapping to be successful, though, we’ll need to pass the <Provider> wrapper a store prop. And because we want to test which action creators are dispatched to the store, we’ll need a handy tool like redux-mock-store to mock a store for us. By mocking a store with redux-mock-store and calling #getActions on the mock store object, we can see which actions (or action creators) were dispatched to the store.

With this in mind, we have enough to begin to flush out our #mount of <App>. Here’s what our file might start look like. This does not results in any errors being thrown:

But, we still need to do one more thing before we can write a test…

I know, this sounds crazy and thorny. It took me a while to understand and learn to work with it. I’m the type of person who needs to see something in action to understand it, so let’s see if we can do something along those lines.

To see where <App> actually is in our mounted wrapper, we can get a visualization printed to our terminal by adding this line after mounting the wrapper: console.log(wrapper.debug()). Here’s the visualization:

Side note: Using wrapper.debug() in conjunction with console.log is hugely helpful when trying to get a sense of what is going on with your wrapper.

You can see that our wrapper object has <App> buried below with its dispatching props methods, #dispatchStartLoader and #dispatchStopLoader. I still don’t quite understand why, but if App.test.js remains as-is, trying to isolate <App> with Enzyme’s #find method (wrapper.find(App)) doesn’t help us. It will only work if we try to #find on a component that is not connected to the Redux store, in this particular instance. So here’s what we can do:

<ConnectedApp> expects to be nestled in a <Provider> with a Redux store (or mock store). Meanwhile, unconnected <App> can be isolated with Enzyme’s #find and gives us access to its props, like #dispatchStartLoader and #dispatchStopLoader.

Here’s how we can sew these lessons all together in App.test.js:

A few important things to note:

Here’s what I learned:

Here’s how we can sew these lesson together into additional tests for App.test.js:

All tests pass! Phew. Of course, the tests above do represent everything we may want to test. We’d still need tests proving, for example, that clicking the links calls the relevant prototype methods, and that the action creators called actually update the state as intended. But by proving that <App>’s props dispatch action creators to the store, and that the prototype methods call these props, the tests are on their way to providing coverage that calling the prototype methods in <App> has the desired impact on the state and application as a whole.

I hope seeing this simple example will help generate ideas if you’re looking for how to get running with some tests. The complete code of the snippets above can be found here. Thanks for stopping by!