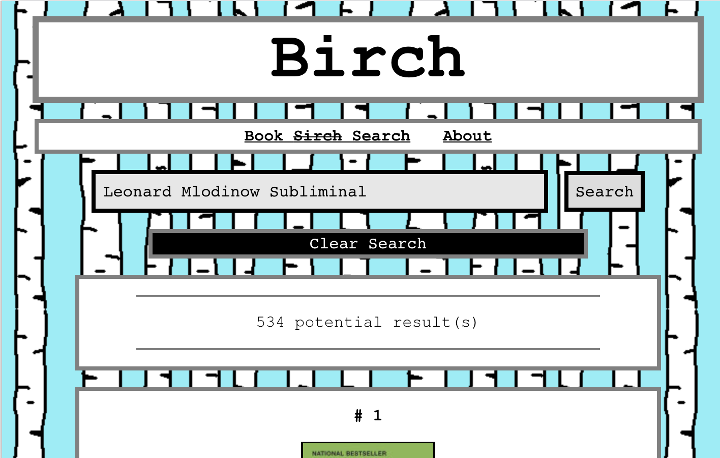 Use Birch to search for your next favorite book! Powered by the Google Books API. 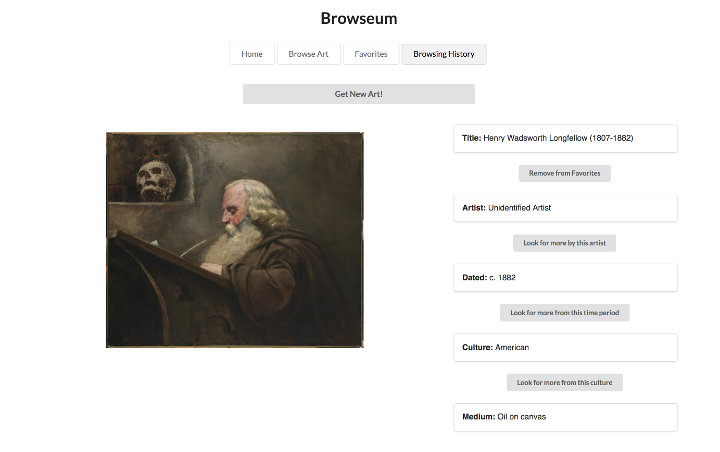 Browse leisurely through pieces of famous art with Browseum. It randomly selects and displays artwork from the Harvard Art Museums. At the click of a button, get a new random work of art (including by artist, culture, or time period), see your recent browsing history, or add a work of art to your list of favorites.

React for the front-end, with a Redux-managed state. Ruby on Rails API for the back-end. Semantic UI for styling. 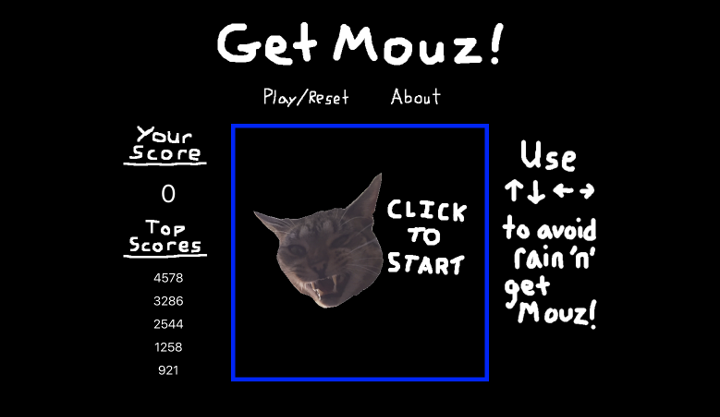 Use the arrow keys to help the cat avoid cascading rain and tag the mouse in this cartoonish, retro-style game! Based on the wacky behavior of our tabby cat.

React for the front-end, with a Redux-managed state. Ruby on Rails API for the back-end. 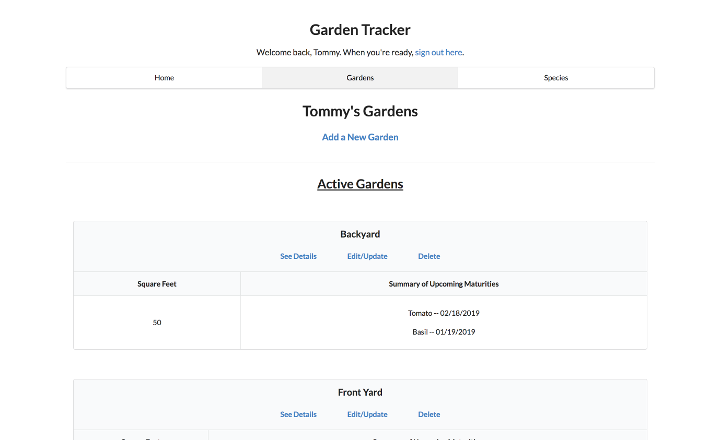 Garden Tracker helps you keep track of gardens you establish, the species you like to plant, and the plantings you put in the ground. Create a password-protected account, or sign in via GitHub, to get started.

Ruby on Rails as the main architectural tool, including for the management of CRUD actions and RESTful routing. jQuery/JavaScript for ajax requests. OAuth for signing in with GitHub. Semantic UI for styling. 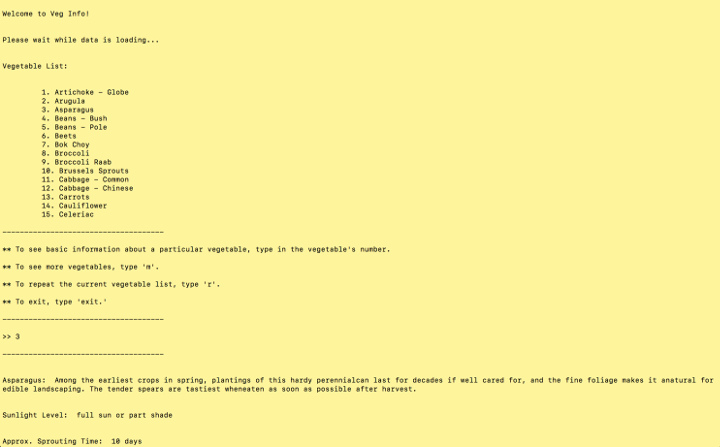 Veg Info scrapes information about vegetables from Cornell University's gardening websites and allows you to view that information from your computer's terminal.

A Baseline React App with a Rails API, Redux State, and React Router Built In, for Deploying to Heroku

Here's a barebones React app to build from when you'd like to get sprinting with React, a Rails API, Redux, and/or React Router. The app relies on a PostgreSQL database to make deployment to Heroku easy. Everything's hooked up, ready for you to get building. Head to the GitHub link below, clone the repository, and check out the instructions in the README for how to get started.

React for the front-end, with a Redux-managed state. Ruby on Rails API for the back-end.